Naval Group and the Commonwealth of Australia have today confirmed that at least 60 per cent of the contract value for the 12 new Attack Class submarines will be spent in Australia, and included their joint commitment in the program’s Strategic Partnering Agreement. Inclusion in the Strategic Partnering Agreement follows Naval Group’s commitment to maximise Australian content in the design and build of the Attack Class submarines, and its offer in 2020 that a local spend of at least 60 per cent be formally signed into the program contract. 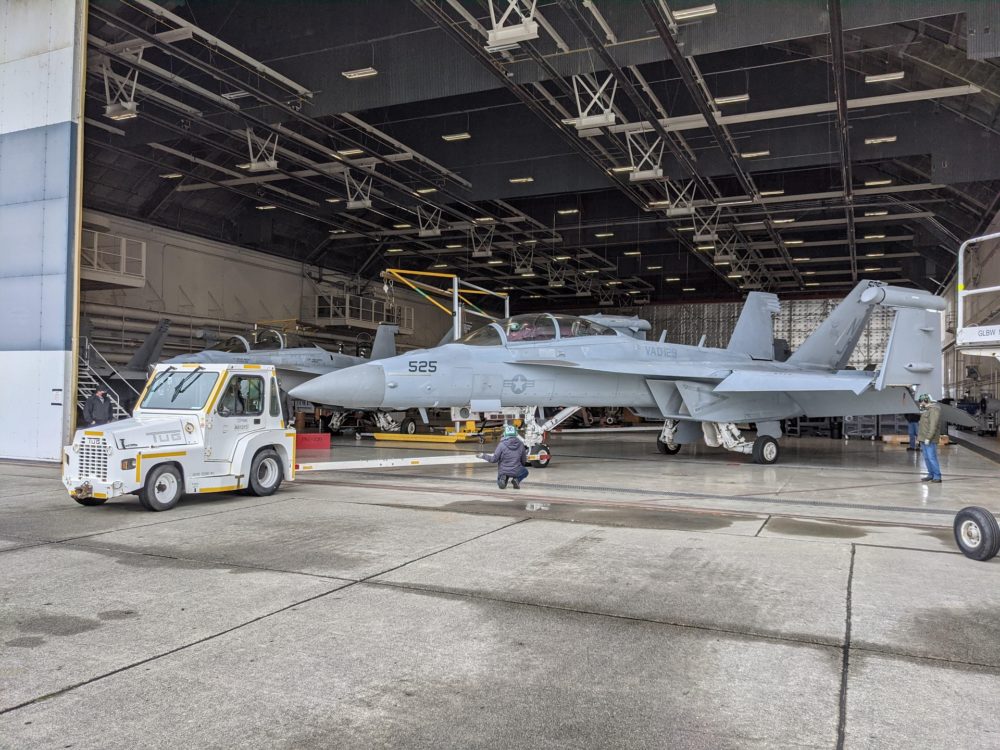 Boeing has inducted the first EA-18G Growler electronic attack aircraft at the start of a planned five-year modification program that will lay the bedrock for a host of future upgrades for the type in U.S. Navy service. Growlers serve a critical role in jamming radars and the communications signals of enemy forces, disabling their ability to detect and track U.S. and allied forces.

The Pentagon has chosen Lockheed Martin and a Northrop Grumman-Raytheon Technologies team to develop a new generation of interceptors to protect the United States from long-range missile attacks. The announcement comes just days after North Korea reportedly fired missiles in response to U.S. and South Korean military exercises. The companies selected by the Pentagon Tuesday will now compete against one another; a winner is expected to be chosen to build up to 20 the Next Generation Interceptors in the mid-2020s.

The German Defence Ministry has shelved plans for a next-generation air defense system, instead investing in counter-drone technology and upgrades to the country’s aging Patriot fleet. The announcement on Tuesday comes after months of studying options between the costly Taktisches Luftverteidigungssystem, or TLVS, aimed at destroying sophisticated missiles and aircraft, and cheaper weapons for intercepting enemy drones.

F-35 Procurement Could Be Swayed by Robo-Jets

The Australian Government has set a new target date of July 2022 for federal agencies to leave Global Switch’s Sydney data center. While several departments have left the facility, many, including Defence, failed to meet the previous migration target of September 2020 and still have data in the Chinese-owned company’s data center.

Saab to equip its next-generation CMS on more RAN ship

The Australian Department of Defence (DoD) has revealed plans to expand the deployment of Saab’s next-generation combat management system (CMS). Under the plans, the CMS will be fitted on the Royal Australian Navy’s (RAN) Maritime Mine Counter Measures (MCM) and Military Survey vessels. Australian Defence Minister Melissa Price said the move is expected to create dozens of local jobs and opportunities for Australian businesses.

The Morrison Government is boosting the Royal Australian Navy’s intelligence capability through Defence’s Maritime Unmanned Aircraft System Continuous Development Program. The Program has reached a new milestone following the selection of five respondents to progress to the next phase of the procurement process.

Australian small businesses are being given more help and guidance with the release of the Morrison Government’s third Sovereign Industrial Capability Priority Implementation Plan. Minister for Defence Industry, Melissa Price today announced the release of the Land Combat and Protected Vehicles and Technology Upgrades Plan.