archTIS Ltd (ASX:AR9) is set to expand deployment of its cloud technology platform for the secure collaboration of sensitive information with the Australian Department of Defence. A new one-year contract, worth $578,000, will see archTIS’s Kojensi platform deployed across the department, allowing users to collaborate on sensitive files within a highly secure system.

Navantia Australia and Rheinmetall Defence Australia have signed a Memorandum of Understanding (MoU) to collaborate on the Australian Army’s next-generation amphibious vehicle. The MoU was signed during the Land Forces 2021 exposition in Brisbane, QLD on Tuesday, 1 June 2021. The partnership between Navantia Australia, Design Authority for over 110,000 tonnes of the Royal Australian Navy’s major surface fleet,..

Defence Department secretary Greg Moriarty confirmed the $90 billion French-designed submarine project could be cancelled amid tensions between Australia and shipbuilder Naval Group. Appearing at Senate estimates on Wednesday morning, Mr Moriarty said “prudent contingency planning” was underway as a backup to the Attack class submarine that Naval Group was designing.

Raytheon Technologies’ missiles and defense business has received a $112.7 million contract modification from the U.S. Navy for production efforts for the Rolling Airframe Missile Block 2B and delivery of RAM Block 2 guided missile round pack to Egypt under the Foreign Military Sales program. More than 60 percent of work under the contract’s firm-fixed-price modification will be conducted at Raytheon Missiles and Defense’s facility in Tucson, Arizona,...

The Royal Navy Has Been Pitting AI Software Against Supersonic Missiles

Experiments with AI have been conducted before. However, this marks the first time AI applications have been tested against live missiles. The Royal Navy has revealed its first use of artificial intelligence technology during operations off the coast of Scotland. During a NATO training exercise off the country’s west coast, a Royal Navy destroyer, HMS Dragon, tested AI known as Startle and Sycoiea against a supersonic missile threat.

Details
Written by APDR
Category: Department of Defence
Published: 31 May 2021

Hanwha Defense Australia and local engineering technology specialists LEAP Australia have joined forces on a ground breaking advancement that will enhance lifecycle support of the Redback Infantry Fighting Vehicle. The Redback is under consideration by the Commonwealth under an ongoing tender process for Project Land 400 Phase 3 which is an $18 billion to $27 billion project tasked to acquire up to 450 Infantry Fighting Vehicles for the Australian Defence Force.

Defence Ministry has labelled the Australian government’s warnings on the threat of war over Taiwan as irresponsible and accused it of inciting confrontation over the democratic island. The comments from defence ministry spokesman and senior colonel Tan Kefei in Beijing on Thursday are the first official response from the Chinese military to a flurry of concerns from Australian leaders in April and May.

The three largest cloud companies in the world are fighting over a huge contract with aerospace giant Boeing. Amazon, Microsoft, and Google are bidding for the deal, which could be worth more than $1bn over several years, multiple people familiar with the negotiations told The Information. Boeing already operates a hybrid IT model, shifting some of its workloads to AWS and Azure from around 2011.

The Air Force is looking to field a broader range of air-warfare capabilities than before, particularly with an eye to matching foreign technology as well as finding ways to keep its non-stealth jets in the fight without exposing them to undue risk. For a while now China and Russia have developed and deployed very-long-range radar-guided air-to-air missiles (or VLRAAMs) designed to threaten aircraft up to 250 miles away.

Three of the four biggest federal government agencies had an external IT workforce that was larger than their internal one last financial year, with almost 7500 IT contractors split between the trio. The Digital Transformation Agency revealed the size of the internal and external IT workforces in answers to questions on notice [pdf] from a parliamentary probe into the Australian Public Service (APS).

Senior cabinet minister Marise Payne is not ruling out buying German-made submarines to fill a capability gap while Australia waits for a French-designed fleet. Senator Payne was defence minister when the coalition decided to team up with France on a $90 billion program to build Australia's next fleet of submarines, which are due to enter service in the 2030s. 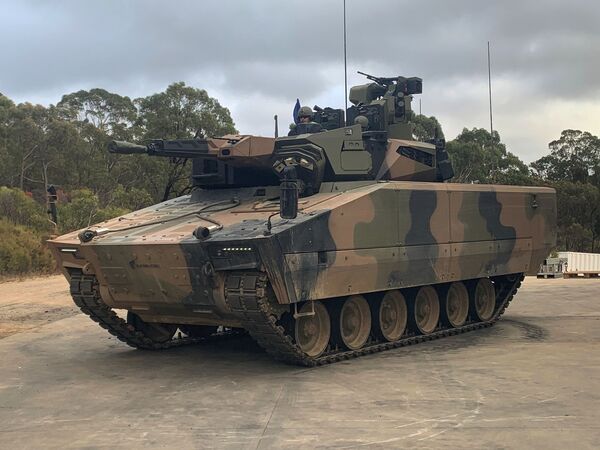 Cook Defence Systems has been selected to provide tracks for Rheinmetall’s LYNX KF41 Infantry Fighting Vehicles for the Australian Army as part of Rheinmetall’s bid for LAND 400 Phase 3. The LYNX is currently undergoing Risk Mitigation Activity trials in Australia after being shortlisted for the $18.1 – $27.1 billion LAND 400 Phase 3 project to acquire tracked IFVs.

Naval Group Australia has opened expressions of interest for the purchase of $100 million worth of tools, equipment and manufactured items from local suppliers that will be used at the new Attack Class shipyard in Adelaide. As construction progresses on the new and modern shipyard being built as Osborne ahead of the building of a submarine hull qualification section in 2023, Naval Group Australia is offering local suppliers the opportunity to deliver around 1000 different items to be used at the facility.

Sydney, Australia, May 26, 2021 - (ABN Newswire) - Etherstack plc (ASX:ESK) is pleased to announce its Australian subsidiary, Auria Wireless Pty Limited, has entered a contract valued at A$515,000 (~USD$400,000) with the Commonwealth of Australia, represented by the Department of Home Affairs, to supply the Company's technology and associated delivery services to the Commonwealth.

Funding on track but strategic circumstances worsening: the cost of Australia’s defence

Once again, the Australian government has delivered exactly the funding it promised in the 2016 defence white paper and 2020 defence strategic update (DSU). If the government was willing to recommit to the white paper’s funding line in the depths of the Covid-19 recession, it was very unlikely to walk away from it now that the economy is recovering faster than expected.

Boxer Combat Vehicles Look Like Forest Monsters During Exercise Down Under

As it seeks to replace the current Australian Light Armoured Vehicle (ASLAV) that serves its military needs, the country’s Department of Defence recently approved the purchase of over 200 Boxer vehicles manufactured by German defense contractor Rheinmetall. Not many of them have been delivered yet, but the ones that were have already started being put through their paces by the local military.

India's decision allowing 5G trials without Chinese companies a sovereign one: US

Washington: India's recent decision authorising 5G trials without Chinese companies Huawei and ZTE is a sovereign one, a top State Department official has said, asserting that America is deeply concerned about the dangers of installing networks with equipment that can be manipulated, disrupted or potentially controlled by China.

Swedish defense company Saab has received an order from Panavia Aircraft GmbH to upgrade the radar warning equipment on the Tornado aircraft operated by the German Air Force. The order value is approximately 400 million SEK ($48.4 million). Saab will supply modern digital components, which will enhance the processing power and extend the lifetime of the Tornado’s radar warning equipment.