Despite Covid, China will spend more on defence in 2020 than it did last year

China kicked off the annual meeting of its legislature, the National People’s Congress (NPC), in Beijing on Friday, 22 May. The first day of the NPC session featured the widely anticipated announcement of China’s new defence budget. Chinese officials revealed that spending on national defence in 2020 would rise to 1.268 trillion yuan, an increase of 6.6 per cent — the lowest in decades.

Details
Written by ADM
Category: Department of Defence
Published: 28 May 2020

The University of South Australia (UniSA) and the University of Wollongong (UOW) are set to collaborate to boost Australian defence industry research. UniSA and UOW signed a Memorandum of Understanding this week to deliver Defence capability and explore wider engagement across other disciplines. The collaboration will enable new advances using AI and data analytics in the area of informed decision making and the development of goal-oriented autonomous systems.

Cyber alert: tackling the unseen risk that could sink your business in 2020

Have you considered the existential risk a major cybersecurity incident could pose to your organisation? If the answer is no, you’re missing a trick. Incursions can come in many forms – ransomware that shuts down your systems and locks you out of your data, malware that acts as an undercover spy stealing valuable company secrets, cybercriminals who monitor your emails for sensitive data, and ‘social engineers’ who manipulate your employees into disclosing their log-in credentials.

Previously, the US Department of Defence classified the issue as a Category 1 deficiency, the most serious, potentially preventing the jet's usage. Now, the Pentagon considers the matter "closed", although no solution to it was ever provided, citing a poor balance between the cost of fixing the problem and the threat that it poses to the jet.

BAE Systems has been announced as the preferred supplier for a major new framework contract with the UK Ministry of Defence (MOD). The Analysis for Science & Technology Research in Defence (ASTRID) framework will be the primary mechanism for providing wide-ranging decision support, analysis and advisory services to the MOD for up to seven years, with a contract value of up to £350m.

RUAG Australia is among the recipients of the Department of Defence’s Sovereign Industrial Capability Priority (SICP) grant. The grant allows RUAG to grow its capacity and supply chain resilience. The grant funding is set to enhance RUAG Australia’s capability for the manufacturing and maintenance, repair and overhaul (MRO) of hydraulic components and advance the company’s continuing efforts to improve manufacturing efficiency and cost competitiveness on behalf of their customers.

Supacat, a company with operations in Melbourne and Devon, UK, has signed a Teaming Agreement with Soucy International based in Quebec, Canada, a provider of Composite Rubber Tracks (CRT) for defence equipment. CRTs reduce the noise and vibration levels generated by steel and improve crew safety, durability and system life while lowering fuel and life cycle costs.

Construction is nearing completion in the $500 million upgrade of Adelaide’s new high-tech frigate shipyard with five new sheds rising from its Port River site. Despite the COVID-19 outbreak, the handover is still planned for June 2020. According to ASC Shipbuilding director Jim Cuthill, five new sheds in the shipyard were being fitted with state-of-the-art equipment.

Leidos, which was was recently named as one of four contenders for the Australian Army’s LAND 129 Phase 3 program to replace its Shadow unamanned aircraft, has been awarded a contract for a new software for military unmanned aircraft ground control system. The contract awarded by the General Services Administration (GSA) is to develop and refresh software as well as upgrade capabilities for the U.S. Army’s Unmanned Aircraft System Ground Control Station – Version 4 (UASGCS-V4).

Kongsberg Defence & Aerospace AS (KONGSBERG) has signed a contract valued at 500 MNOK with General Dynamics Land Systems – Canada to deliver the PROTECTOR RWS to the Canadian Army, which will be integrated on Canada’s fleet of Armoured Combat Support Vehicles. “We are very pleased to be chosen again as the supplier of Remote Weapon Stations to the Canadian Army.

Don’t tell Amazon, but Microsoft was just awarded a £17.75 million contract to provide cloud support services to the Ministry of Defence in UK on the basis that no-one else could provide the same service. Revealed in an EU transparency report, the contract is for “… the provision of premier support, maintenance and consultancy service for 23 months from 1 June 20 through to 30 April 2022.”

Australian government on the hunt for cloud providers

The Digital Transformation Agency (DTA) is on the hunt for cloud providers as it looks to stand up a new cloud marketplace for Australian government entities to procure cloud-related services from. The cloud marketplace will replace the cloud services panel (CSP), which is set to expire early next year. The CSP was launched in February 2015 and currently boasts 244 vendors,...

Thycotic has launched a new ‘just in time’ functionality for cloud platform access security. The DevOps Secrets Vault solution supports dynamic secrets creation for infrastructure-as-a-service (IaaS) platforms Amazon Web Services (AWS), Microsoft Azure (Azure) and Google Cloud Platform (GCP), the company states. Using this solution, organisations can ensure dynamic secrets are automatically generated at the time of request and can be used when a user or resource, such as a configuration tool, needs a credential with an expiry time.

The F-35B is the Short Take-Off, Vertical Landing (STOVL) variant of the fifth-generation Joint Strike Fighter (JSF). As the acronym implies, the B model is distinct from the F-35A and C variants in that it employs a lift fan and thrust-vectoring engine to take off in short distances and land vertically. This unique attribute allows the fighter to operate from short runways, small, simple aircraft carriers and amphibious warfare ships.

British Navy has conducted a firing test of new Martlet missile from Wildcat HMA Mk2 helicopter. The British Royal Navy helicopter crews have proved their ability to protect the UK’s aircraft carriers with a new missile system. The new Martlet missile was fired from a Wildcat helicopter of the British Navy. In 0.3 seconds, the missile detached from the Wildcat HMA Mk2 helicopter, accelerating to one and a half times the speed of sound.

Bisalloy Steel Group announced the extension of its longstanding teaming agreement with Rheinmetall Defence Australia for the further development and production of high performance armour steel for military vehicles. This steel is to be used for Rheinmetall’s Australian manufactured BOXER 8×8 Combat Reconnaissance Vehicles, for export customers and specifically, once certified by the German Government, used as a source of supply for Rheinmetall in Germany. 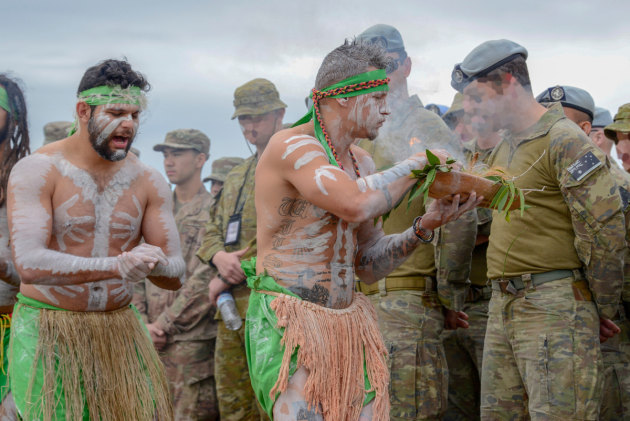 Marines trim Australia rotational force to 1,200 Marines due to coronavirus

Fewer than half as many U.S. Marines than originally planned will rotate to Australia’s Northern Territory for a training mission this summer that was cut short by the coronavirus, according to the Australian Minister of Defence. The Marine Corps on May 5 announced the resumption of the rotation to the northern Australian city of Darwin.